Shaw Festival to Stage Another Narnia Play in 2019

Narnia fans may have more than one opportunity to see original stage versions of The Horse and His Boy in North America next year! The Shaw Festival’s version of The Magician’s Nephew opened to excellent reviews earlier this year, and will continue to stage performances this fall. Building off that success, The Standard reported today that one of the plays in next year’s line up is an original version of The Horse and His Boy adapted by Anna Chatterton and directed by Christine Brubaker. Although performance dates for the individual plays next season have not yet been announced, according to the Shaw Festival’s official website, the 2019 season will run April 6th – December 22nd next year. The Logos Theatre will also be staging a production of The Horse and His Boy in 2019. 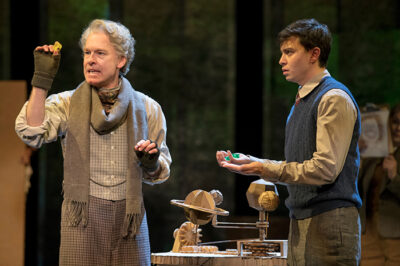 Steven Sutcliffe as Uncle Andrew and Travis Seeto as Digory

Tickets are not available to the general public for either production yet, but there are still tickets available for The Magician’s Nephew at shawfest.com.