In What Order Should the Narnia Books Be Read?

Is The Lion, the Witch and the Wardrobe or The Magician’s Nephew the first book in The Chronicles of Narnia by C. S. Lewis? Why are there multiple orders? Answers below…

The books were originally published in this order:

Sometime after the death of C. S. Lewis, British editions of the books began appearing that were numbered according to the order the stories take place:

The Switch to Chronological Order

For many years, both orders were in print. American editions used publication order while British editions were numbered chronologically.

Chronological order became the worldwide standard after HarperCollins took over the publishing in 1994.

So, which book should I read first? 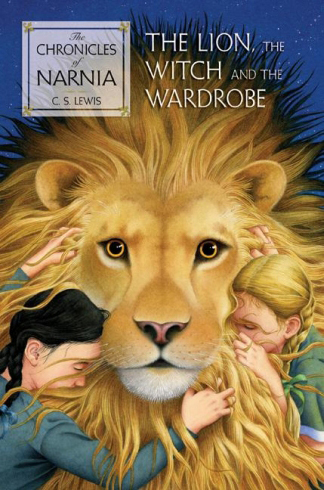 The Lion, the Witch and the Wardrobe, the first book to be written and published, is generally considered the best introduction to Narnia by scholars and fans alike.

“Most scholars disagree with [the decision to re-number the books] and find it the least faithful to Lewis’s deepest intentions,” says Dr. Paul F. Ford, author of Companion to Narnia.

On the official website of C. S. Lewis, Dr. Charlie W. Starr claims that “Lewis scholars almost universally agree” that the original published order is superior. He suggests that The Lion, the Witch and the Wardrobe is more initially captivating than The Magician’s Nephew, that certain lines in Lion do not make sense when the book is not read first, and that Nephew has greater mythic power when read as a prequel.

Why were the books re-numbered chronologically?

Initially, HarperCollins included this explanation in the books:

The HarperCollins editions of The Chronicles of Narnia have been re-numbered in compliance with the original wishes of the author, C. S. Lewis.

In later editions, the explanation was revised to:

Although The Magician’s Nephew was written several years after C. S. Lewis first began The Chronicles of Narnia, he wanted it to be read as the first book in the series. HarperCollins is happy to present these books in the order in which Professor Lewis preferred.

In 1957, an 11-year-old boy named Lawrence Krieg was preparing to read the Narnia books for a second time. Lawrence wondered if he should re-read them chronologically, but his mother felt he should stick with the original published order. So, Lawrence wrote a letter to the author and received this response:

“I think I agree with your order for reading the books more than with your mother’s. The series was not planned beforehand as she thinks. When I wrote The Lion I did not know I was going to write any more. Then I wrote P. Caspian as a sequel and still didn’t think there would be any more, and when I had done The Voyage I felt quite sure it would be the last. But I found as I was wrong. So perhaps it does not matter very much in which order anyone read them.”
C. S. Lewis, 4/23/57

This letter is cited by readers on both sides of the controversial decision to re-number the books. Proponents see this as clear proof Lewis wanted the books read in chronological order. Opponents point out that Lewis suggested the order “does not matter very much” in the same letter and he could have re-numbered the books himself if he really wanted to.

“[HarperCollins] asked, ‘What order do you think we ought to do them in?’  And I said, ‘Well … I actually asked Jack himself what order he preferred and thought they should be read in.  And he said he thought they should be read in the order of Narnian chronology.’  So I said, ‘Why don’t you go with what Jack himself wanted?’  So, it’s my fault basically—the order of Narnian chronology.  And I’m not the least bit ashamed of it.”
Douglas Gresham

Where should Netflix’s Narnia reboot start? Here is what we think…

Do you prefer in publication or chronological order?
Listen to our podcast discussion on the issue.